My, how the years have sailed by. 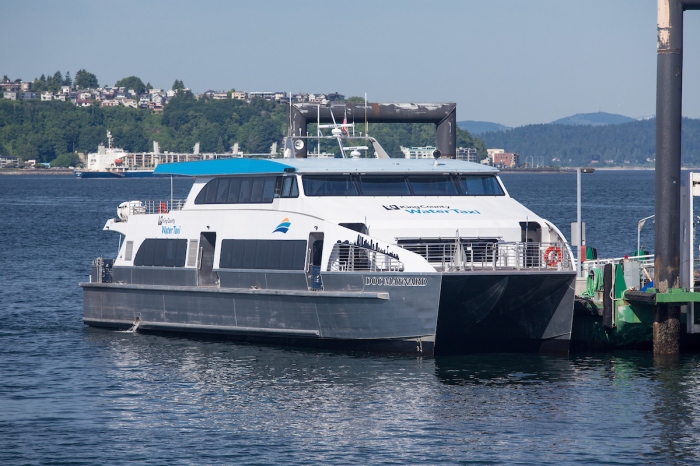 The year was 2007. Washington State Ferries operated two morning runs and two evening runs to and from Vashon Island, and its passenger-only ferry was the only direct access for Vashon residents to downtown Seattle. After the Washington State Legislature directed WSF to eliminate passenger-only ferry service, the Vashon to Seattle route was canceled.

Vashon residents rallied together and lobbied Olympia, with community member Sally Fox at the helm, ultimately resulting in the legislature authorizing counties with populations greater than one million the ability to operate their own ferries. Out of that, the King County Ferry District was created in April 2007.

The King County Ferry District (KFCD), funded by an annual property tax levy authorized by King County Council, had humble beginnings. It relied on a small group of administrative management, matrixed from other divisions within the Department of Transportation, to stand up a new Marine Division and new service to King County residents. Thus, the King County Water Taxi was born.

The Marine Division front line staff consisted of five, a captain, two engineers and two deckhands, and operated at Washington State’s old passenger dock at Pier 50.  Maintenance was conducted at the passenger dock, with tools that were stored in a shipping-container-turned-Maintenance-Shop.

Like kids in a candy shop, the engineers and division director trotted down to Grainger’s Industrial Supply to purchase all new tools. The team had gangways built to support passengers boarding at each terminal and leased two vessels from Four Seasons Marine – the M/V Melissa Ann and later the M/V Rachel Marie. In October 2009, King County’s water taxi service began! 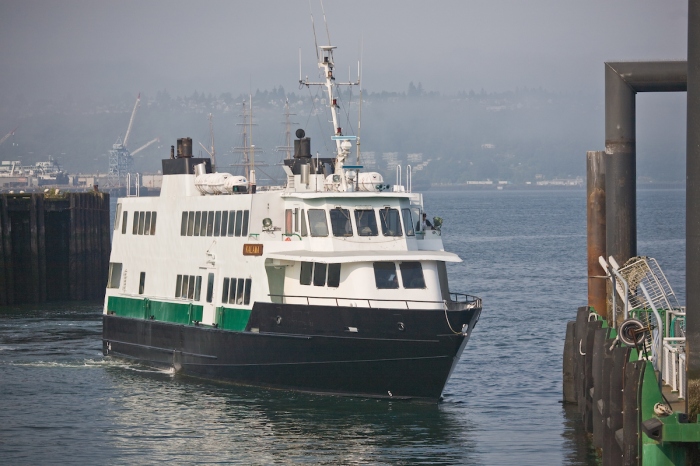 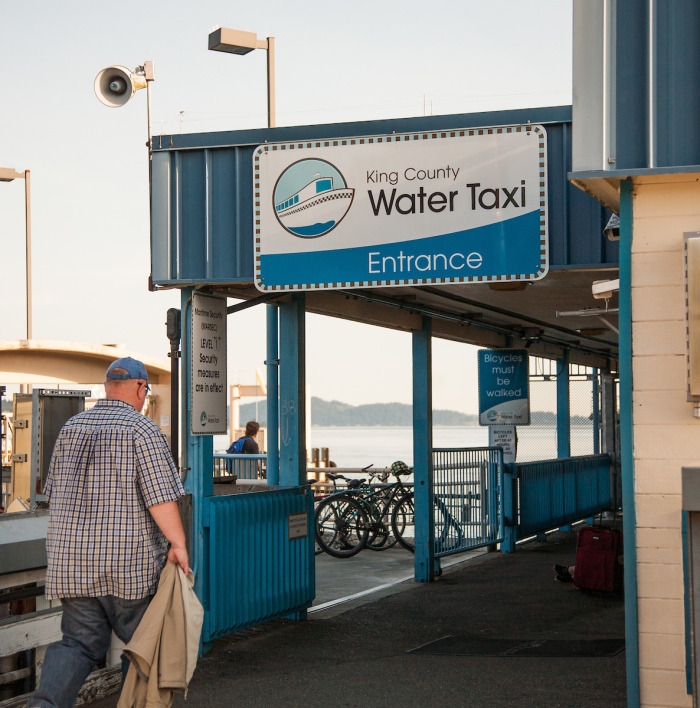 When KCFD commenced its Vashon Island service, it provided three round trips in the morning and evening. Fares started out at $3.50 each way and there were 110,703 riders in the first year.

Once Vashon was up and running, the team turned its focus to West Seattle, an area that had previously enjoyed the Elliott Bay Water Taxi to downtown Seattle – a seasonal service that was originally developed for commuters but its slow speed and scenic views rendered it more of a tourist attraction during warm summer months. The Marine Division desired to create a fast, convenient year-round service for commuters traveling from West Seattle to downtown Seattle. 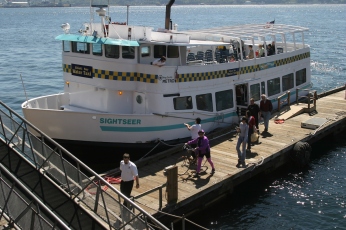 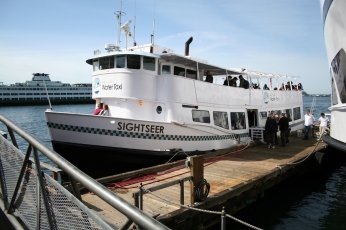 However, they were met with a new set of challenges: fall 2009 brought the great recession to the Northwest, and the property tax levy was lowered from 5 cents to one-third of one cent beginning 2010. King County Ferry District was able to sustain operations using reserves for seven years before the property tax levy was increased in 2017 to 1.25 cents. A permanent dock at Seacrest was built just in time to welcome West Seattle riders on board in April 2010.

The West Seattle route carried more than 216,000 riders in its first year, but the Marine Division knew to prepare for more. In August 2012, the team received approval from the US Coast Guard to increase boat capacities from 150 to 172.

In 2013, the “Maintenance Shop” received an upgrade with the completion of a moorage and maintenance facility at Pier 48, adjacent to the operating facility, and King County procured the Spirit of Kingston vessel from the Port of Kingston. This was the first vessel that King County owned and was primarily used on the West Seattle route. 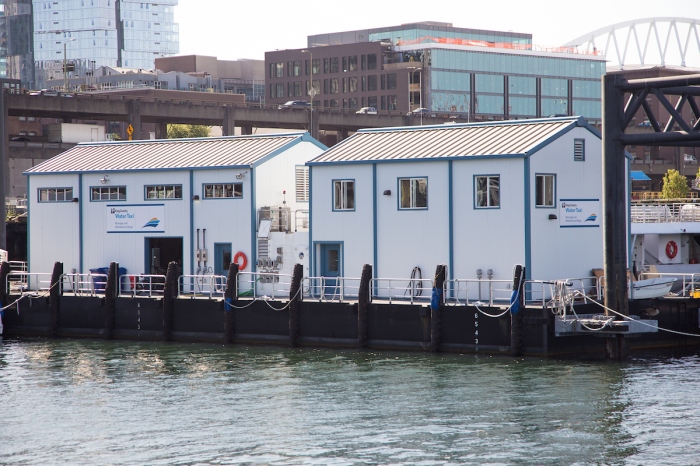 Beginning January 2015, the King County Council became the legislative governing body over the King County Water Taxi and its Marine Division. This effort reduced redundancy in financial and administrative costs and saved about $400,000 per year.

In 2015, the Water Taxi team began operating two county-owned vessels, built specifically for passenger-only service, the M/V Sally Fox and the M/V Doc Maynard, which continue to operate to this day. These vessels were built locally in Bellingham, Washington and carry 278 passengers each, allowing the service to keep up with the growing ridership demand. 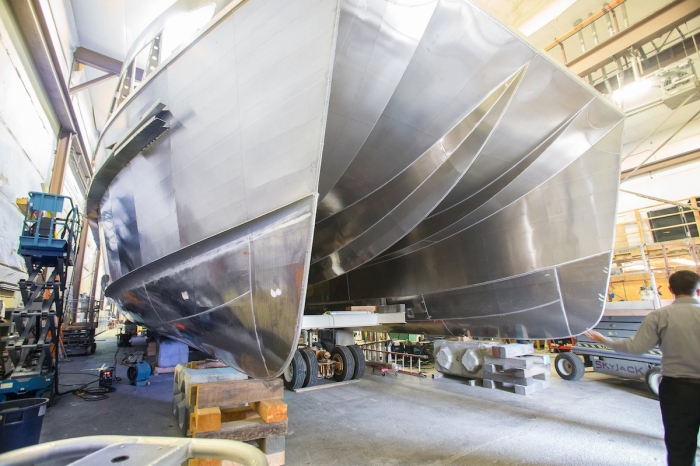 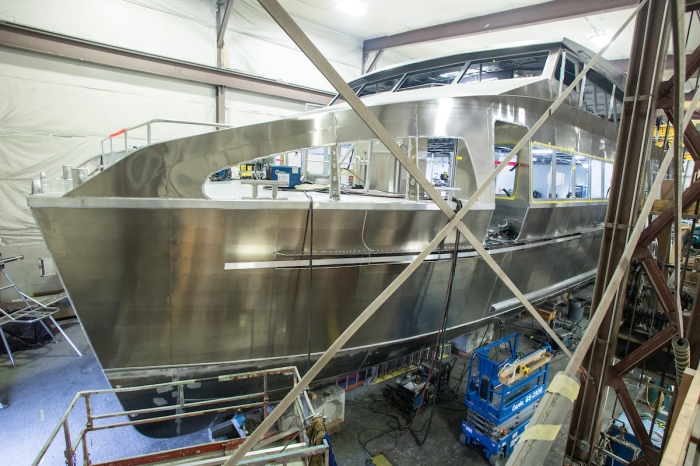 Frame construction of a new water taxi in Bellingham, Wash.

Doc Maynard was designated to the West Seattle route.

The Sally Fox, which travels to and from Vashon Island, was named after the Vashon resident who was so integral to resurrecting a much-needed route to downtown Seattle. 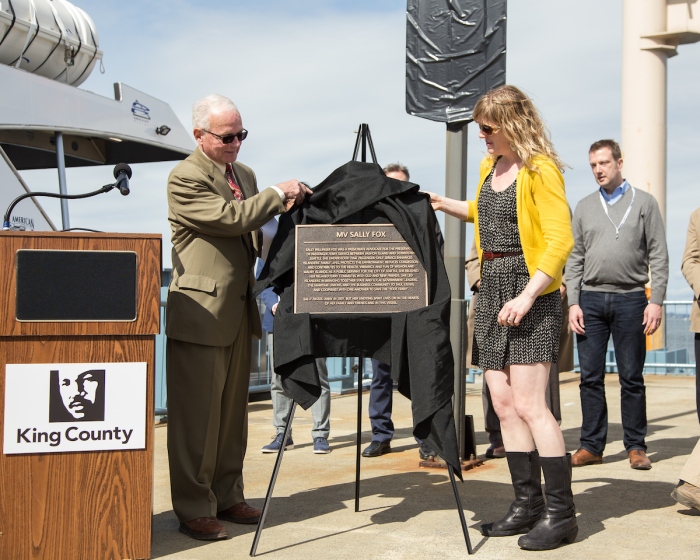 The Spirit of Kingston was commissioned as a faithful backup boat, contributing to an impressive 98% on-time performance average.  Another exciting update in 2015 was the launch of Water Taxi’s ORCA Lift low income fares program in conjunction with King County Metro.

To optimize the passenger experience for this growing ridership, facility improvements have continued to roll out over the last few years: 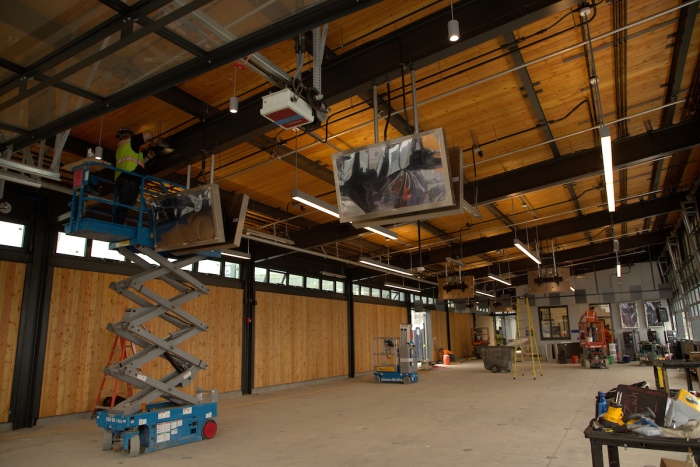 In January 2019, the water taxi team officially joined King County Metro’s department, integrating its fast ferries with Metro’s other multimodal transportation options. When the viaduct closed permanently that same month, the water taxi became the go-to solution, tripling in ridership in a matter of days.

Both Vashon Island and West Seattle routes not only “stayed afloat” during economic hardship; they’ve nearly doubled in ridership since ten years ago. A service that began by transporting 500 a day now transports 3,200 a day and its meager staff of five has increased to a robust team of 26. 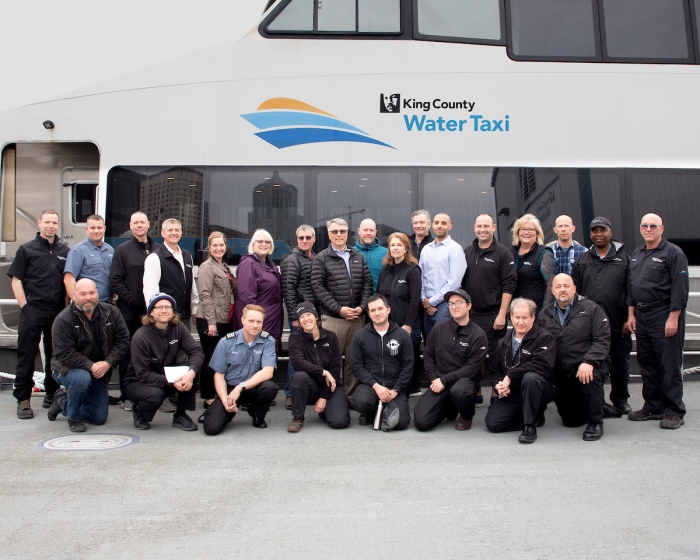 “People are recognizing that the Water Taxi is an innovative mobility solution that gets them out of traffic and where they need to be, rain or shine, with an on-time record that is second to none,” said Executive Dow Constantine.